The Oil and Gas Authority has launched the 32nd UKCS licensing round with 768 blocks up for grabs.

The map below highlights the latest acreage on offer, which is in the Central, Northern and Southern North Sea, along with substantial blocks on offer around Shetland:

The blocks are in “mature” exploration areas and this aligns with the OGA’s 5-year forward plan, which ends with another round of “frontier areas” being awarded in 2021. 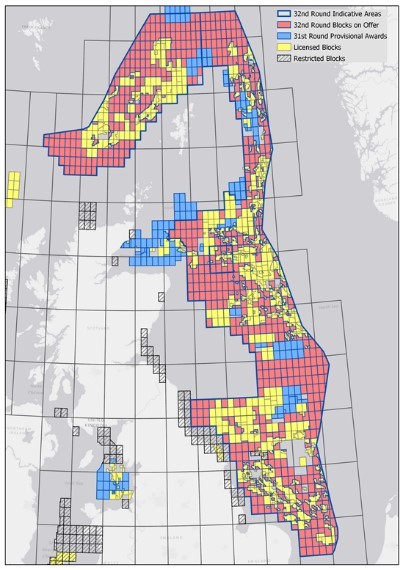 The obvious takeaway from the upcoming licensing round is that we have seen operator revenue and CAPEX guidance increasing to their strongest levels since the downturn and this could lead to a bumper year for awards. Although the OGA has continued to offer up blocks in the years following the 2014-2016 slump, many operators were cutting back on costs and conventional projects so we should see an increase on the 123 licenses awarded across 229 blocks that were seen in early-2018. We have also seen the changing of the guard in the North Sea landscape, with many private equity-backed independents moving in as the majors have exited. With many of these firms now established in the North Sea, we may see some of them move to increase their exploration assets.

Companies such as Ithaca, a fully owned subsidiary of Delek Group are looking to raise $700m through a bond issue, although much of this will be used to fund the $2bn purchase of Chevron assets in the North Sea. Ithaca has seen its production rise to 80,000 barrels with proven reserves of 225 million so it may be that they sit this round out. A potential bidder could be Chrysaor who recently posted a profit of £800m in its first full year since a deal for Shell’s assets. The company already have assets and expertise in the Central North Sea and Shetland. Another rising private-equity-backed power in the North Sea, Neptune Energy, also posted a record pre-tax profit of £690m, with the company stating that they would increase drilling expenditure “markedly” and set out a strategy for organic growth.

Although we may see some of these new players in the licensing round, we can’t rule out a big showing from energy major Shell, who recently confirmed that they would invest “billions of dollars” in the UK North Sea in the years ahead. The company may seek to put some of that money to work whilst oil hovers around the $60 level. Spending in the North Sea last year rose to £3.2bn after it was decimated in 2016 and 2017 during the worst of the downturn and this year will continue to build on last years’ strong showing. 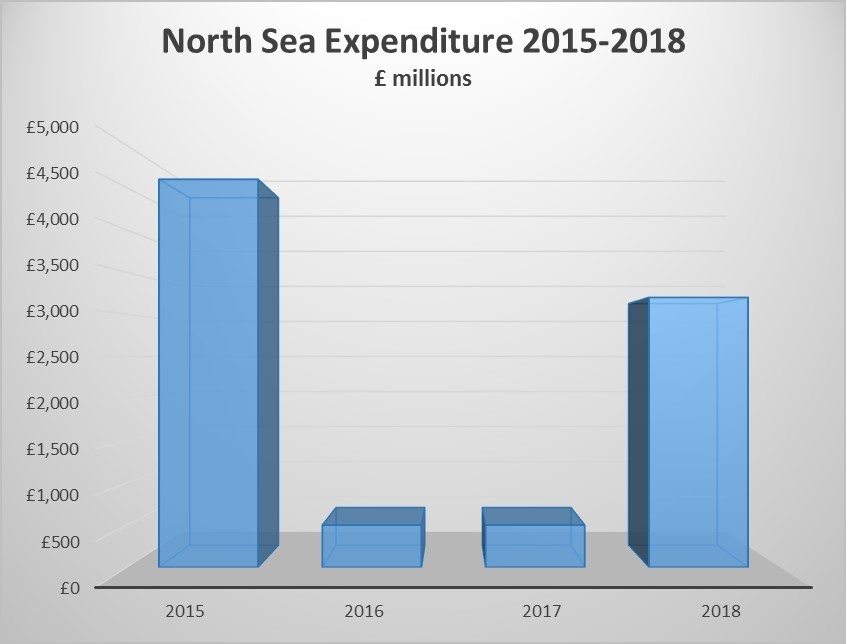 As with the recent supplementary 31st round, the latest round comes with a huge database of geochemical and seismic surveys, aimed at assisting companies in their application process. The closing date for applications is November 2019 with the awards expected to be announced in 2020, so although we could see another supplementary round, this will be the most significant opportunity to gain mature North Sea exploration assets before mid-2022.